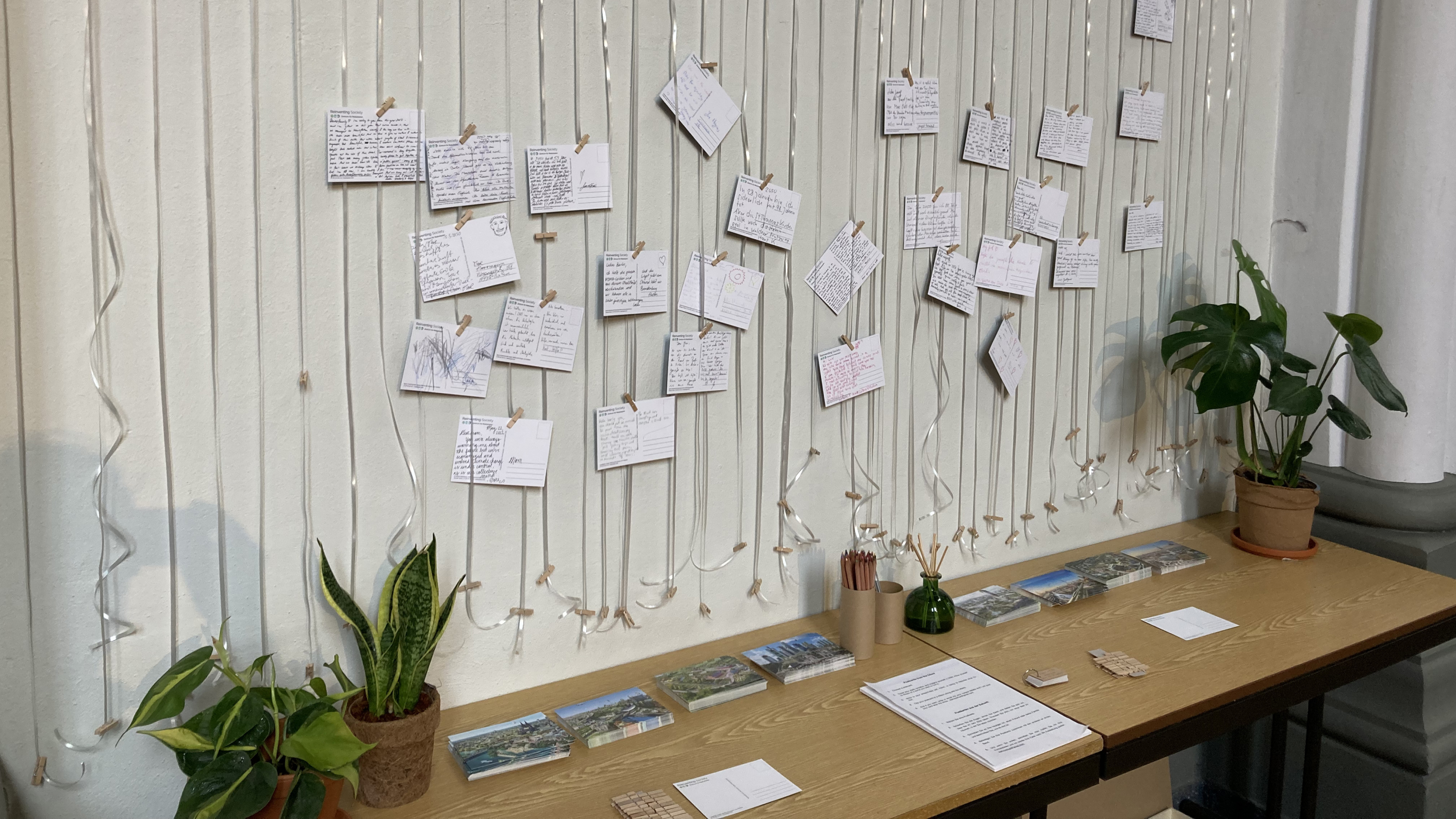 Postcards from the Future

An interactive installation where you’re invited to imagine yourself in a future utopia and write to your present-day self, family or friends about what it’s like.

I designed and set up the installation as part of the Ecotopia exhibition in St. Thomas Kirche in Berlin for 2 months, inspiring over 70 visitors to imagine more sustainable futures. 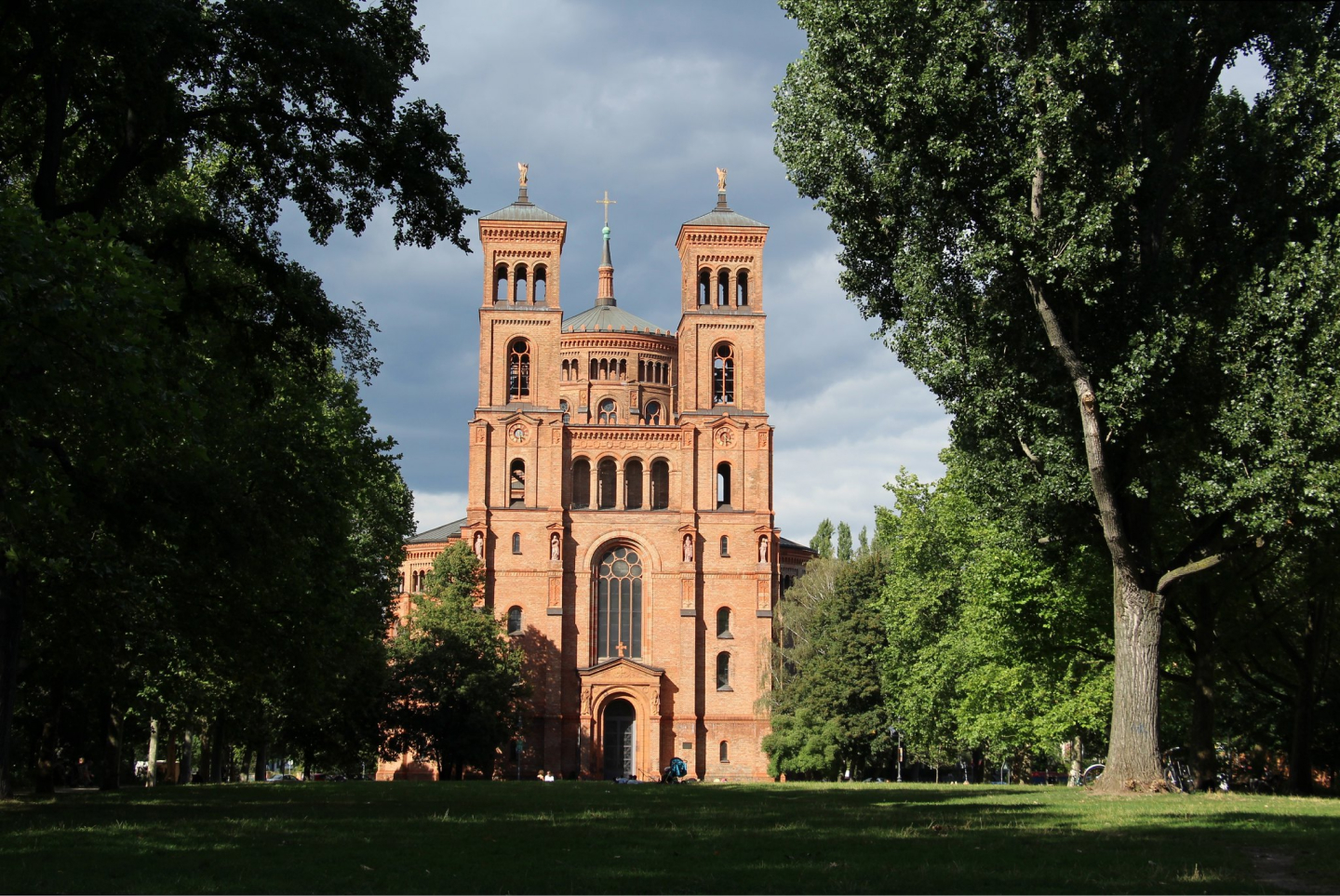 Background of the project

The piece started out as an essay Postcards from 2040 where I envisioned a world where we’ve reversed the major effects of human-induced climate change. The intent of the installation was facilitate others to do the same and imagine more hopeful futures too.

It was exhibited as part of 'Ecotopia', a collective, interactive show by artists, activists and individuals offering different perspectives on future world in an ever changing climate. The exhibition featured many pieces including a scent installation that recreates the smells of different epochs and the future ecotopia, a paper art concept of a future living home, earth dieties paper sculptures, as well as workshops on Donut Economics, performances, and sharing sessions to deal with climate grief.

Thanks to Lacy Barry - artist and curator of the show - for including me in the exhibition and Lino Zeddies - Co-Founder of Reinventing Society - Zentrum für Realutopien - for allowing me to use the artwork originally commissioned for the Utopia 2048 project. 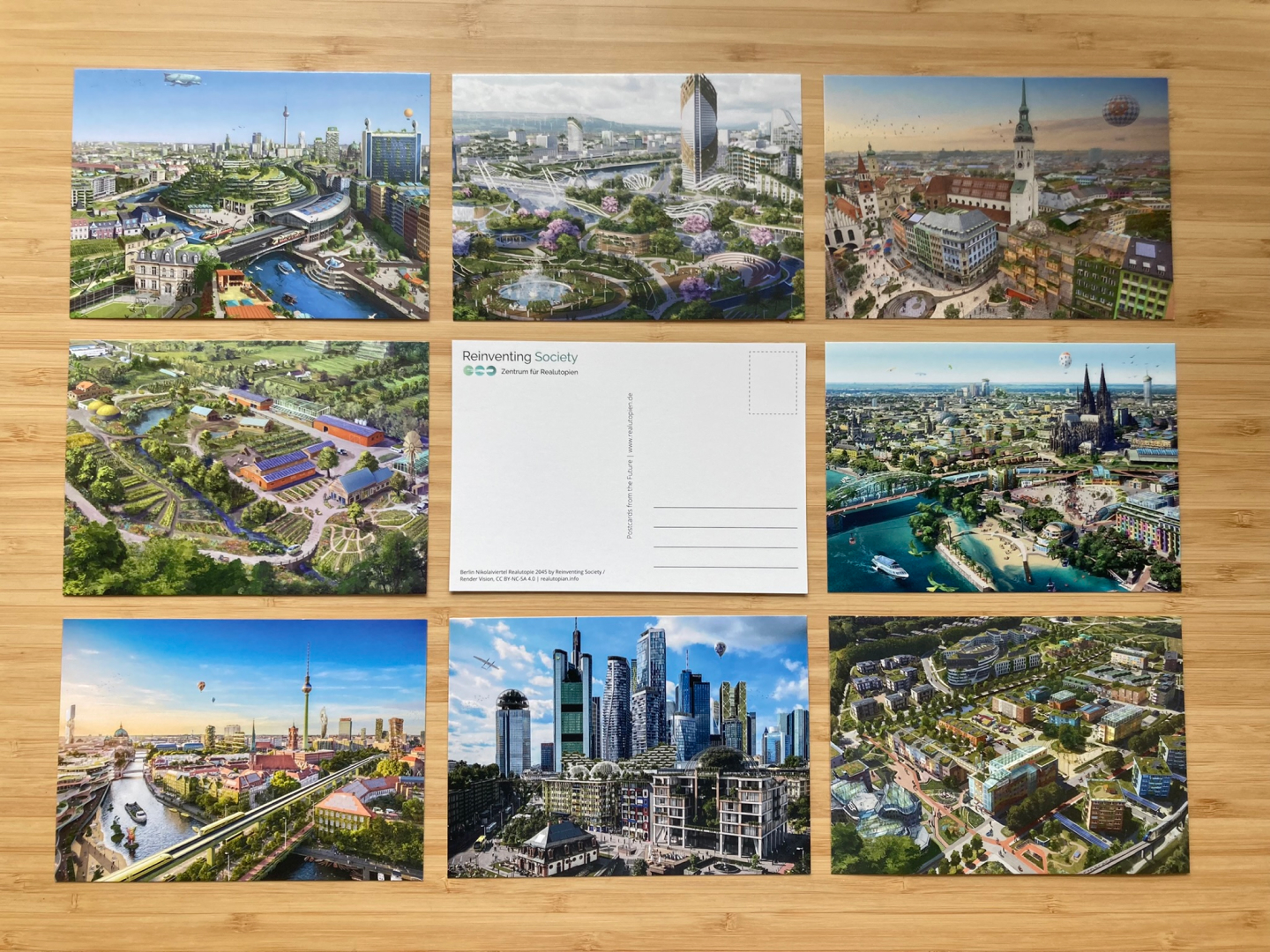 Over 70 people wrote a postcard from the future, inspiring them to think about a more hopeful vision of the world.