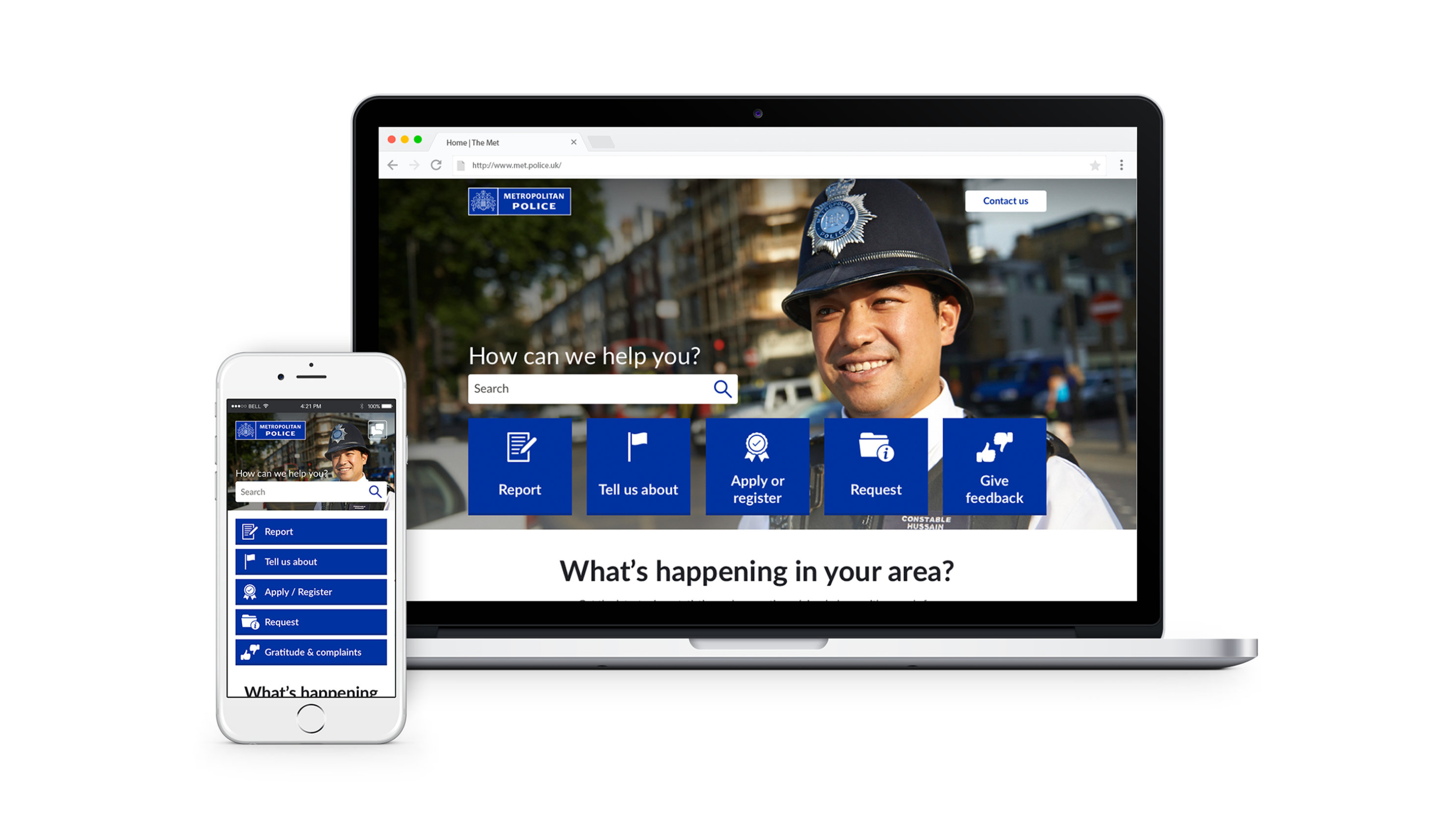 A hub of new online services that strengthens the relationship between the police and the public.

I created the visual identity, branding and design system of the new website and services. I lead the UX and UI design of key features. I also facilitated workshops throughout the project to align police stakeholders and our development partners around a citizen-centred direction.

The way the people interact with brands and companies has changed. People expect to be able to communicate using online channels, and same applies for the police. With police resources decreasing and the volume of calls increasing, the demand for an easy to use digital offering has never been stronger. 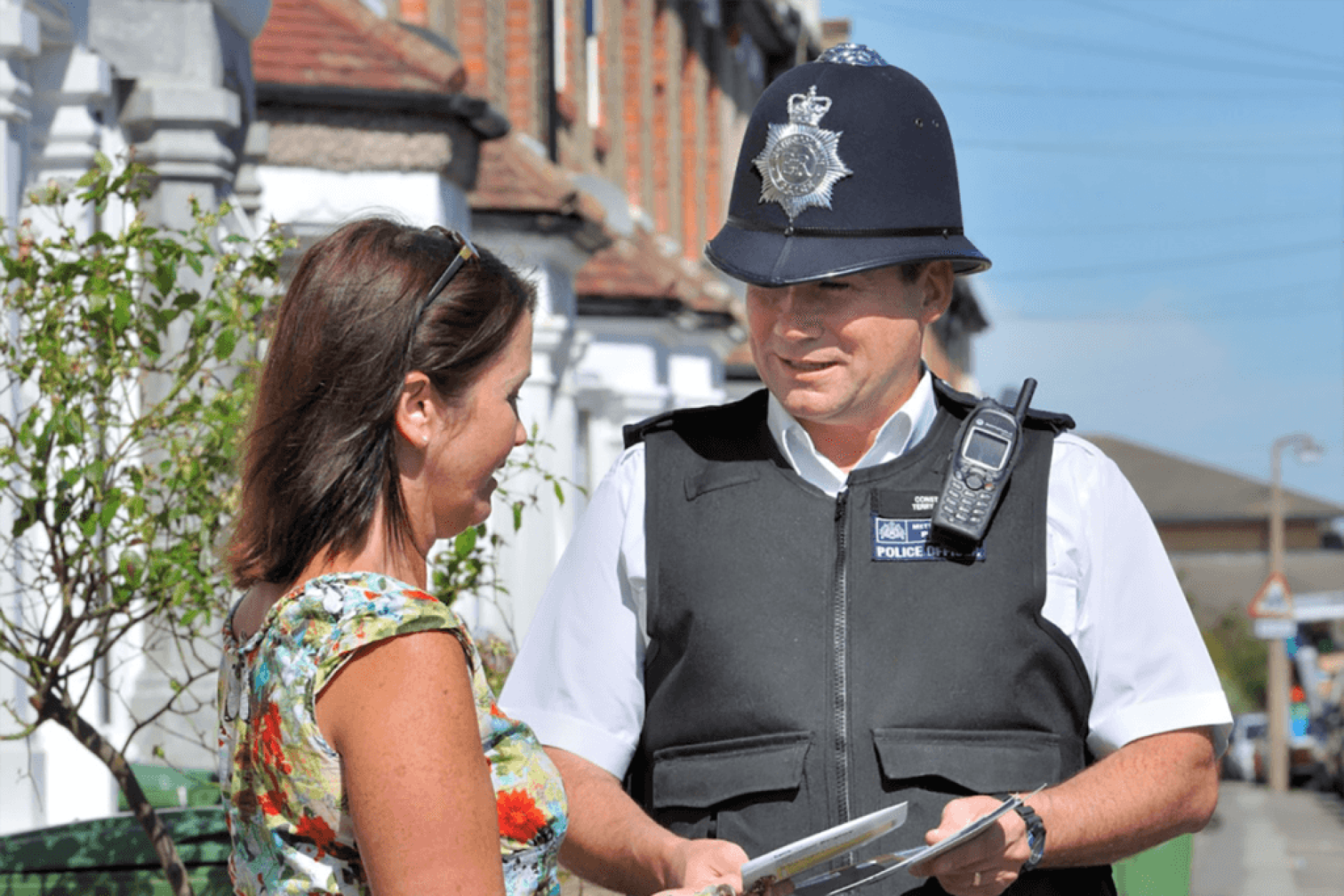 When we first began our engagement with the Metropolitan Police (the Met), we set out two key objectives for digital services: to serve the public better and to reduce demand for the organisation. We helped define a strategic vision where...

“The experience of contacting the police through digital channels should be as helpful, personal and reassuring as approaching an officer on the street.”

To deliver this vision we defined key principles, created early designs for key features and planned and prioritised services to focus on, continuously engaging with police staff, officers and members of the public throughout. While this vision focused on several digital work streams, I joined to focus on one - the new website.

Over the course of a year we completely redesigned the Metropolitan Police’s website from the ground up working in collaboration with the public, police officers and staff members. It makes easier to use and more accessible for the public, and more efficient and cost-effective for the police. After going live in March 2017, following after an initial beta launch 6 months earlier, the service continues to improve and develop.

With this project, we built the foundation for change; bringing paper-based services online, transforming online reporting and empowering the public to play an active role in keeping London safe. For many Londoners, the new website offers a more convenient channel to reach services that were only available on the phone or at police stations. 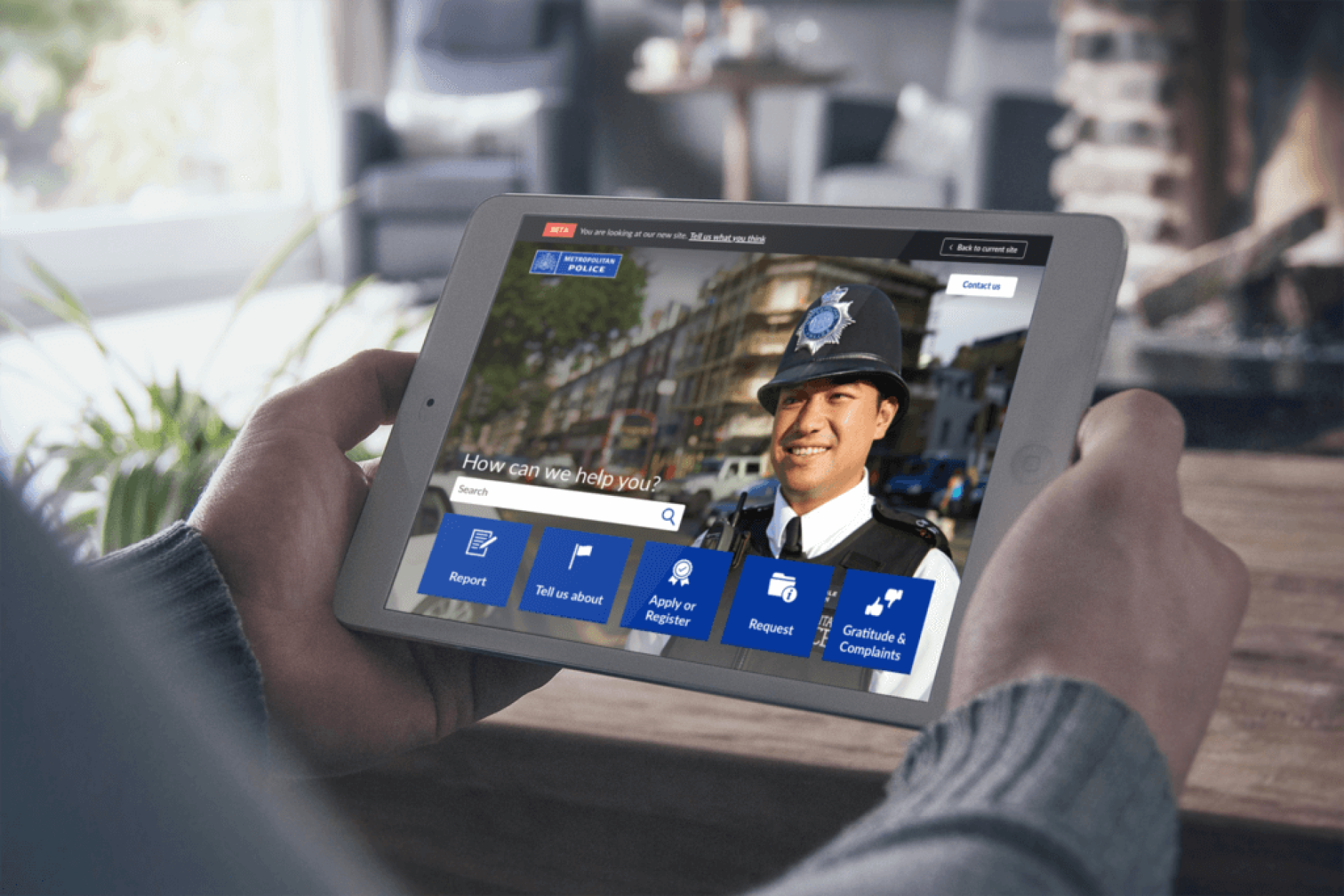 ➡️
1 million visitors in first the week of going live, up from 375,000
➡️
70% of road traffic collisions (with no injuries) and 90% of traffic allegations were reported online between March and September 2017. This resulted in around 4,000 fewer calls per month.
➡️
An average of 1,700 reports were made per month using the new online crime reporting tool in the first 6 months since the launch. This also lead to a 65% reduction in the time spent by officers on triaging reports.
➡️
The digital service platform, experience and infrastructure has since been rolled out in other police forces in the UK including Surrey, Sussex etc.
← Previous projectNext project →